Scotch bonnets and habaneros are varieties of chili peppers well-known for being some of the hottest you can consume. They’re close cousins – similar in many ways – but if you’re a connoisseur of spicy food, you might find their difference in flavor interesting.

Continue reading to find out how they taste, how to use them, and what features set them apart. Scotch bonnet vs. habanero, what’s the difference?

Scotch Bonnet Vs. Habanero: Two Of A Kind? 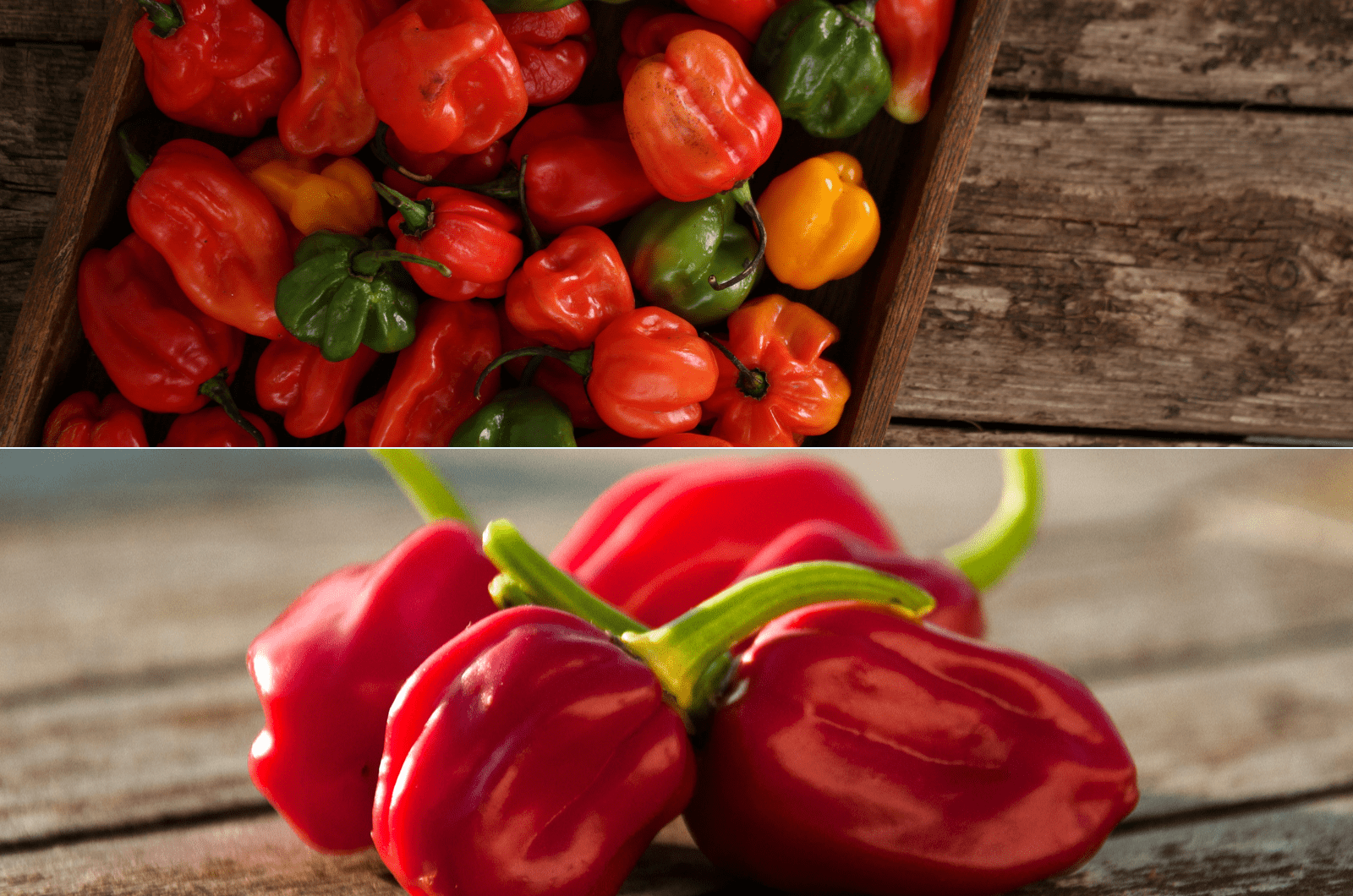 Unless you’re familiar with the intricacies of chilies, you’ll hardly notice the difference between a habanero and a scotch bonnet pepper. Both are members of the Capsicum chinense species and used to be considered the hottest chilies in the world.

Recently other peppers have taken over as the hottest, such as the Carolina reaper, Trinidad moruga scorpion, and the ghost pepper. However, these peppers are the so-called super hots, and their heat is so great that it’s difficult to taste their flavors.

There are plenty of similarities when you compare scotch bonnet vs. habanero, but how are they different?

Both peppers grow in warm and dry regions.

Habanero pepper originated in South America – in the Amazon basin – where it spread to Mexico. It was named after the capital of Cuba, La Habana (Havana). Even though Cuban cooking doesn’t use habaneros, the pepper gets its name because Havana used to be where it was traded.

The scotch bonnet chili is the Caribbean red pepper. It hails from Jamaica and is the predominant hot pepper of the Caribbean islands. It’s widely used in Caribbean cuisine and gives many Caribbean dishes their unique flavor.

Despite its name, it has nothing to do with Scotland – it was named because its shape resembles the traditional Scottish hat. They’re also sometimes called Bonney peppers or Bahama mamas.

The Scoville scale measures the heat of peppers in Scoville Heat Units (SHU).

For reference, bell peppers rate 0 units on the Scoville scale because they’re not at all hot, while Jalapeño peppers range between 2,500–10,000. The hottest pepper in the world, Pepper X (twice as hot as the previous record holder Carolina Reaper), rates at 3.18 million units.

Habaneros and scotch bonnets have a similar heat level of around 100,000–350,000 on the Scoville scale. This is a huge range, and it depends on the region they were grown, the process, the ripeness, the subspecies, and other factors.

How hot is this heat rating? This level of spiciness is considered the highest level that can be used in cooking with pleasing results. The extreme heat of the super-hots results in pain instead of flavor. For this reason, the habanero and the scotch bonnet are still the hottest peppers in culinary use.

The heat from habanero and scotch bonnet peppers is different from what you get from jalapenos or Thai chilies. While these peppers have a sharp heat, habaneros and scotch bonnets start mild and build up in strength.

Both peppers have smooth, glossy skin and thin, waxy flesh. When ripe, they usually have an orange or red color. They look moderately similar, but their shape is different.

Habaneros have a slim, elongated teardrop shape, with a thick top and a thin tip. They’re usually orange or red, but brown, white, yellow, and green varieties are also possible. Fully ripe, they measure 1–2.5″ in size.

On the other hand, scotch bonnets are round, full, and have a shape similar to the traditional Scottish hat. They are a bit bigger and can ripen to 1.5–2″ in size. Their most common colors are also red and orange, but some color variations include yellow, peach, or chocolate brown. 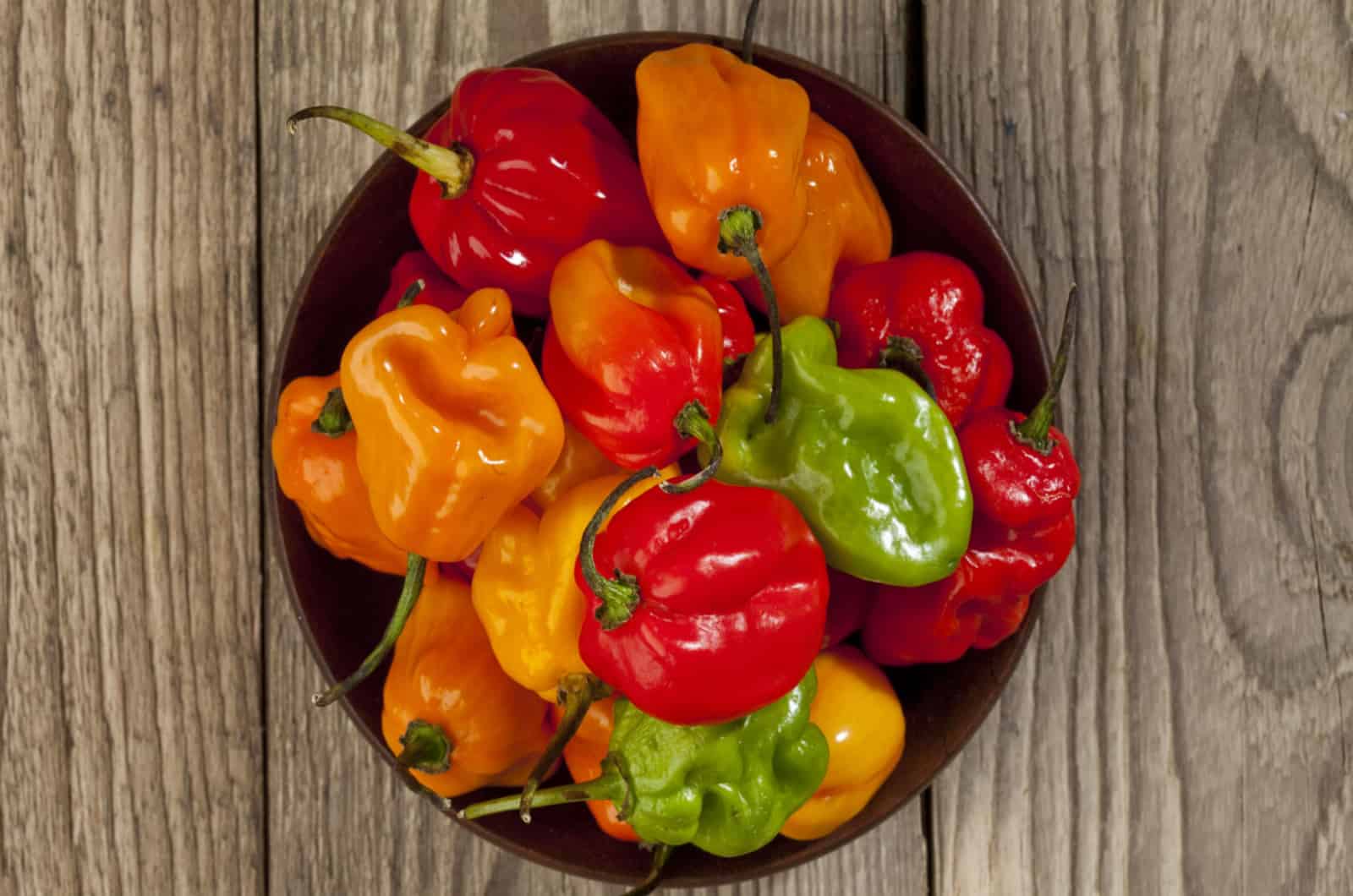 Taste is the main difference between the habanero and scotch bonnet. Their flavor and aroma are similar, so the difference might not be noticeable to someone who doesn’t have much experience with chilies.

Both peppers have a sweet fruity flavor and a floral aroma characteristic of the Capsicum chinense. They have a tropical sweetness that gives dishes a unique taste.

Habaneros have a slightly bitter flavor compared to scotch bonnets and a more floral scent. There’s a distinct impression of smokiness in its taste. Scotch bonnets have a much more sweet and fruity taste familiar to those who enjoy Caribbean cuisine.

Scotch bonnets give jerk and other Jamaican dishes their recognizable flavor. Habaneros are frequently used in hot pepper sauces.

Don’t forget that these are the hottest peppers used in cooking, so you should tread carefully. Start with less than you think you need, and build up if necessary.

Handle them with great care. One cooking method is to cover them in water until they release their flavors and heat, but you must be careful not to burst them.

Wearing kitchen gloves is recommended if you cut them. Cutting them and removing the seeds will make them much less spicy, and the pieces can be used to enrich stews, soups, and hot sauces.

Habaneros are much more common and can be found in most supermarkets. Scotch bonnets are usually only available in stores that stock Caribbean ingredients.

Because they’re so similar, you can use habanero instead of scotch bonnet and vice versa. They’re perfect substitutes for each other, and you can use equal amounts.

These peppers aren’t only delicious – they are also very healthy. They contain high levels of vitamin A and vitamin C, calcium, iron, and potassium, as well as beneficial antioxidants and phytochemicals.

Both habanero and scotch bonnet peppers contain capsaicin, which has many health benefits but requires careful consumption. Take great care not to ingest it in large amounts and handle it carefully to avoid contact with skin, especially the eyes.

Health benefits of capsaicin include:

• It has anti-inflammatory properties. 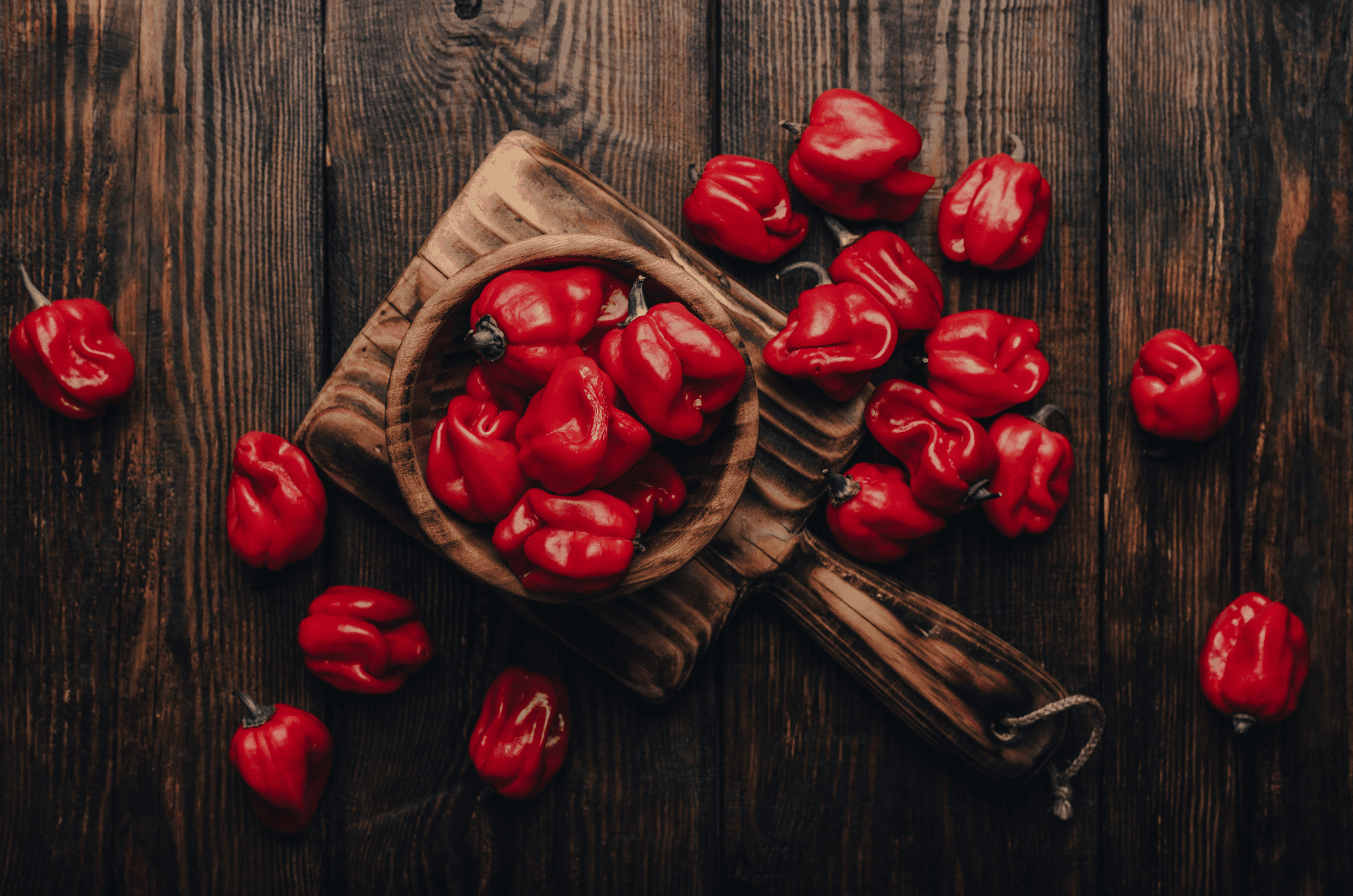 Scotch bonnet vs. habanero – are they really different?

When it comes to heat, they’re the perfect substitutes for each other. However, the slight difference in flavor might take away a little bit of character if you want to prepare a distincly Caribbean dish using habanero.

Still, for the most part, these two hot peppers are the same, and the difference is only noticeable if you’re very familiar with their taste.