If someone asked you to name a fruit that starts with V off the top of your head, could you do it? Most people are familiar with local fruits or those easily accessible in nearby supermarkets, but there are plenty of interesting fruits you might not be aware of.

Check out this list of fruits beginning with V to find out what’s out there. You might find one of them intriguing enough to try!

15 Types Of Fruit That Starts With V

After you go through this list of fruit names, you won’t only know more than one fruit that starts with V, you’ll probably be on your way to finding out where to get some of them to try. 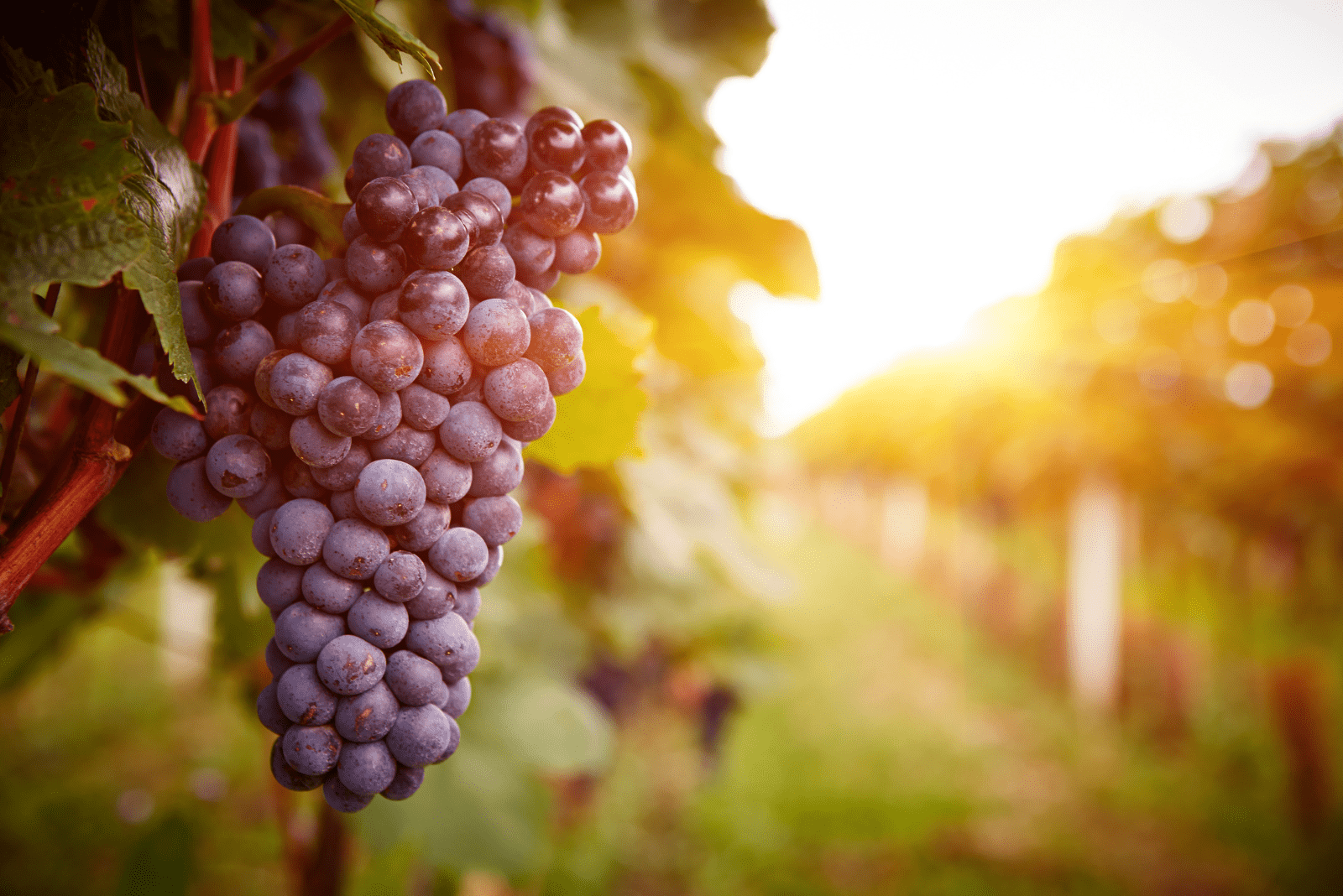 You won’t find the Vaccarese grape in the supermarket – it’s a red wine grape grown in small quantities only in the Rhône Valley in France. It’s one of the 13 grape varieties grown in this region. Only these varieties are permitted to be used in the famous Châteauneuf-du-Pape wine, but Vaccarese is rarely used because it’s so scarce.

Even though it was named after the Spanish city Valencia famous for its delicious oranges, this fruit was hybridized by an American agronomist William Wolfskill in the mid-19th century in California.

It’s a favorite because it’s rich in orange juice. In addition to its sweet taste, Valencia orange fruit has many health benefits because it contains vitamin A, vitamin C, and flavonoids. It’s the only variety of orange in the world that is in season during summer.

This mango variety is available only for a limited time during the summer. It ripens from July to August in Florida and can grow quite large – usually over a pound, sometimes reaching two pounds. The Valencia pride mango has a floral, fruity, and sweet flavor and a honey aroma. It’s popular among professional chefs and is often used in restaurants. 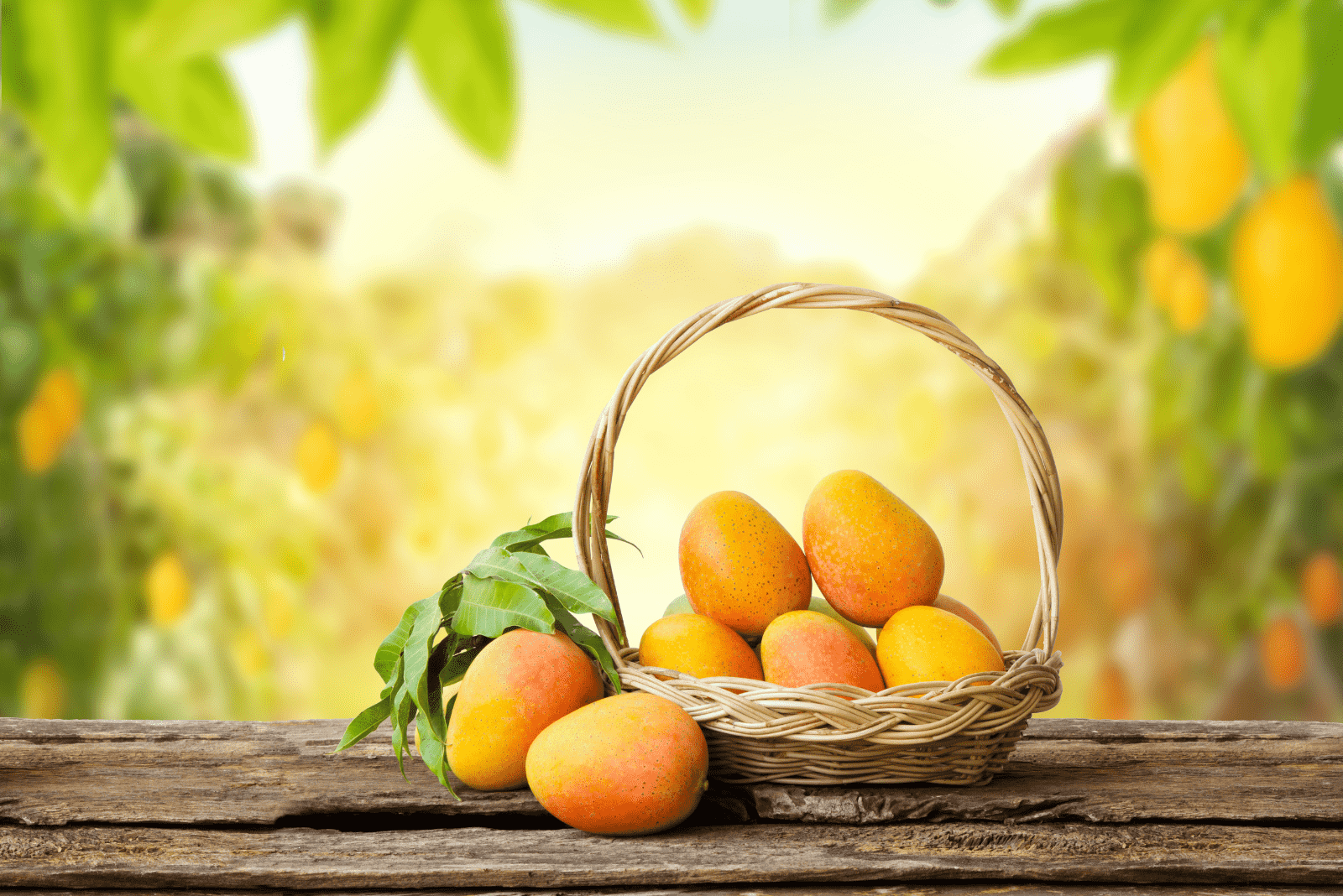 Just like the Valencia pride mango, the Van Dyke mango originated in Southern Florida. When it’s ripe, it reaches a weight of under one pound with yellow skin and a red or peach blush. It’s juicy and tastes sweet and a little spicy. They’re easy to grow at home, so they’re often sold as nursery stock trees.

Is it a spice or a fruit? It’s one of the most expensive spices in the world, but the vanilla bean is the fruit of the Vanilla planifolia orchid plant. Only one of the varieties of vanilla orchids produces fruit. The fruit is not allowed to ripen to prevent the bean from splitting.

Vanilla beans can be processed into vanilla extract or used whole in recipes and, of course, to create the most popular flavor of ice cream in the world.

Diospyros blancoi is the scientific name of the velvet apple fruit, also known as Mabolo. This fruit is native to the Philippines, but nowadays, it can be found in many tropical regions, such as Malaysia and Indonesia.

It’s similar in size and shape to an apple. It’s a relative of the persimmon, with a flavor that could be described as a mixture of apple and banana. The velvet apple can be eaten fresh or used as an ingredient in cooking. It’s rich in calcium, iron, and vitamin B.

The black velvet tamarind is native to West African countries and especially popular in Nigeria. The tree it grows on is actually grown not for its fruit but as a source of timber. The fruit is used in cooking and medicine and is a popular snack for kids. It’s also very healthy and rich in iron, magnesium, potassium, and vitamin C. 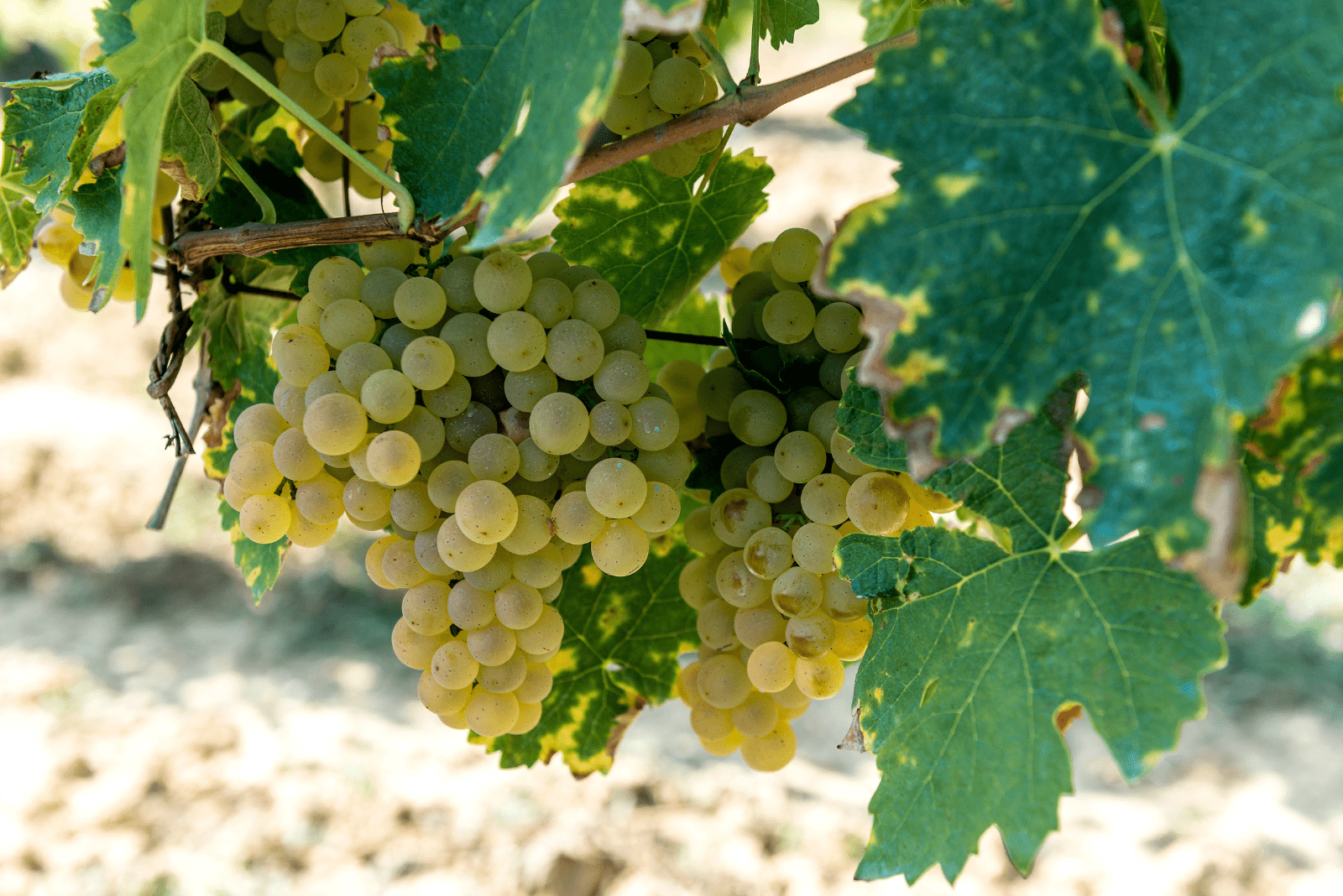 Vernaccia is a term used for several varieties of Italian white wine grapes, usually, with the region it’s grown in added to the name. One of the oldest and best-known varieties is the Tuscan Vernaccia di San Gimignano, which is used to make a crisp, acidic white wine with citrus notes.

The verna lemon is a popular Spanish variety. Trees give fruit twice a year – once in spring and once in late summer, although the second harvest is of lower quality. The fruit is large and has a juice content of around 30% to 40%, which makes it well-loved. The juice is low in acidity and seed count.

Vespolina is an Italian red wine grape variety native to Piedmont. Because it’s so popular, it’s known under many other names. It’s considered aromatic and full of flavor. When used on its own, Vespolina is an intense ruby-red wine with a lively taste, slightly acidic, and sweet. In blends, it mellows stronger wines with light, floral notes.

Vicar of Winkfield might sound like something that must be English, but this variety of pear comes from France. Mature trees produce winter pears that start ripening in November. The fruit is large, with yellow or green skin speckled with brown dots. The best use for these pears is in cooking – it’s great for tarts, stews, and jams. 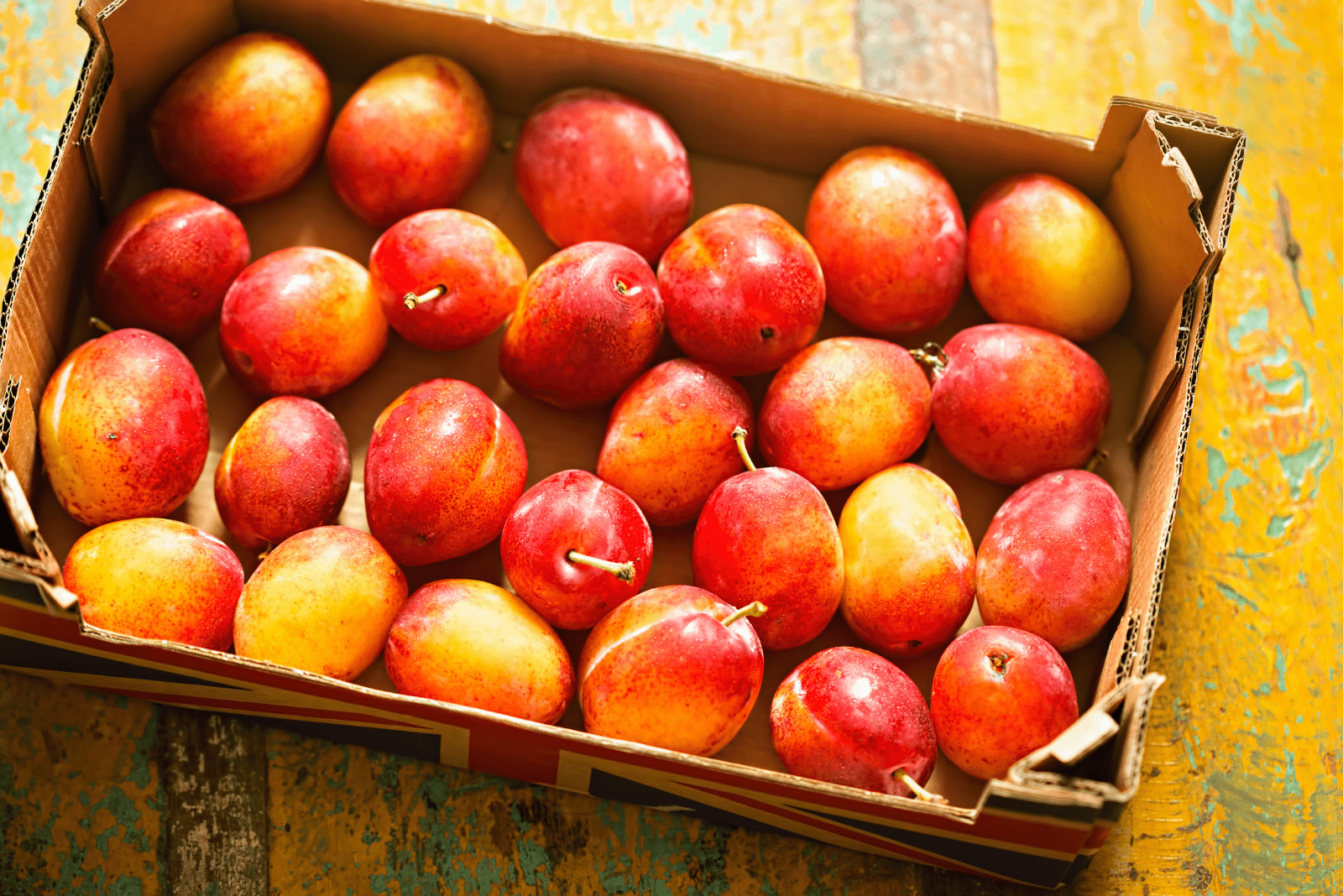 The most famous plum in England was named after Queen Victoria. It’s harvested in September, and its ripe fruit are oval and grow to around 5 cm in size. The skin is glossy pale red and yellow, and the flesh is soft, sweet, and juicy. It’s delicious eaten fresh but can also be used in cooking.

This citrus originates from Sicily. The tree ripens in winter and bears large, pale yellow fruit. If you love an intense lemon taste, you might enjoy this variety. It has a sharp taste and plenty of juice. It used to be cultivated in Florida in large amounts, but it’s not as popular as it used to be.

Voa vanga, also called Spanish tamarind, is also known by its scientific name Vangueria madagascariensis. It’s a shrub or a small tree used for its fruits and as a medicinal plant in sub-Saharan Africa.

Voavanga fruits are large and orange, eaten once they’re overripe. They have an aromatic, acidic flavor and are often made into juice. The roots and bark of the plant are used in traditional medicine. 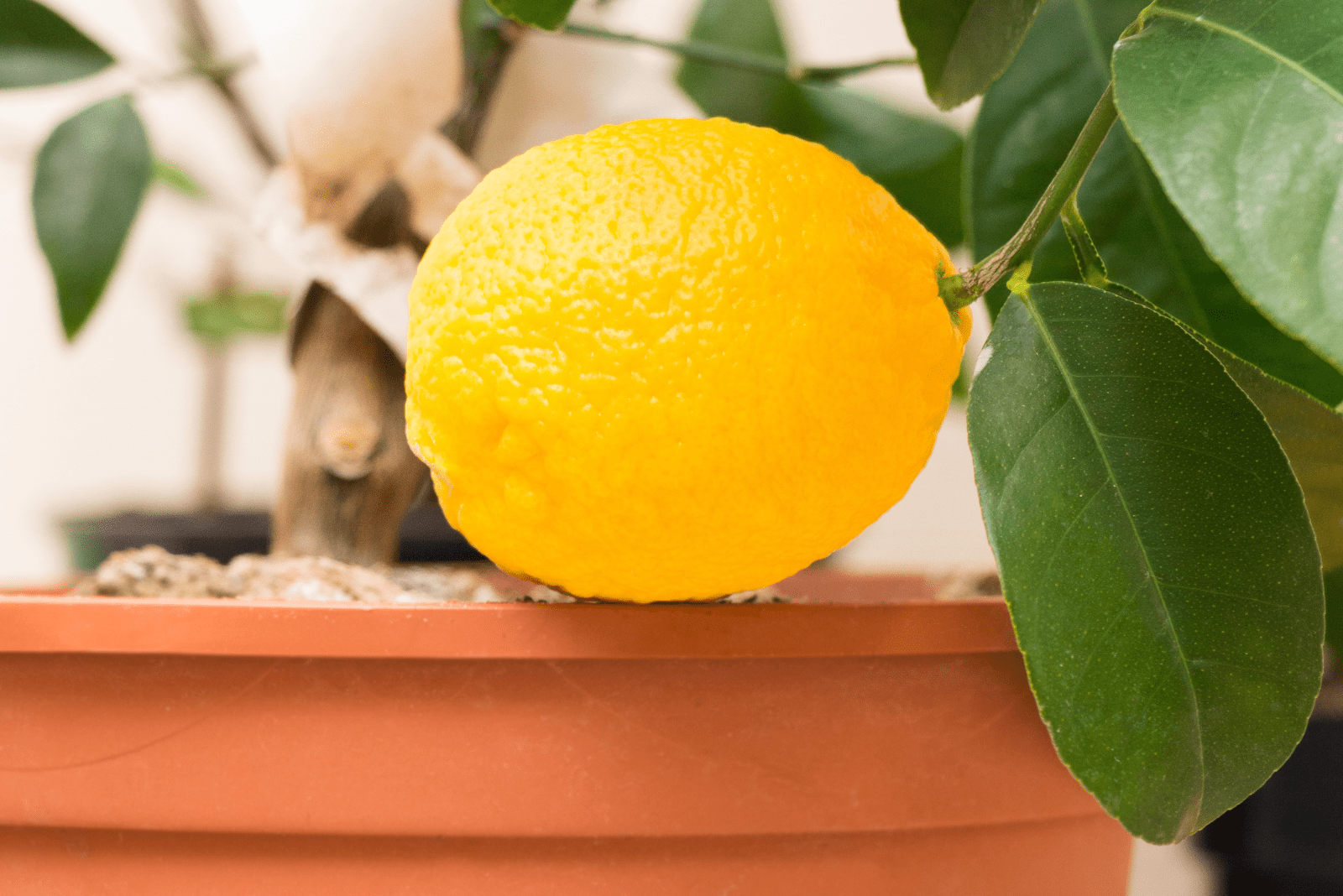 Volkamer lemon is a citrus with origins in Italy. It’s a hybrid of a mandarin orange and a citron. The fruit is elongated and yellow-orange, ripening from winter to spring. The fruit has a pleasant taste and an enjoyable aroma, but it’s not really cultivated for consumption – because of its resistance to diseases, it’s often used as the root cultivar for other citruses.

Which One Is Your Favorite?

So, have you decided what your favorite fruit that starts with V is? Is it the fragrant Valencia orange, the flavorful velvet apple, or has the Vicar of Winkfield pear piqued your interest? Now that you know that these fruits exist, make sure to look some of them up and give them a taste.