You’re over old plain table salt, Accent seasoning, and all the different types of salt that are too basic. Now you’re looking for a new way to increase the mineral content in your food. But which salt type to choose when your choices are sea salt vs Himalayan salt?

In this article, I am bringing you the battle of the salts without any impurities or additives. I mean, this is the base of all cooking, and you really need to know this if you’re a foodie.

Sea Salt Vs Himalayan Salt: They Are Not The Same

When it comes to sea salt vs Himalayan salt, there are some basics you need to know about these two seasoning staples. 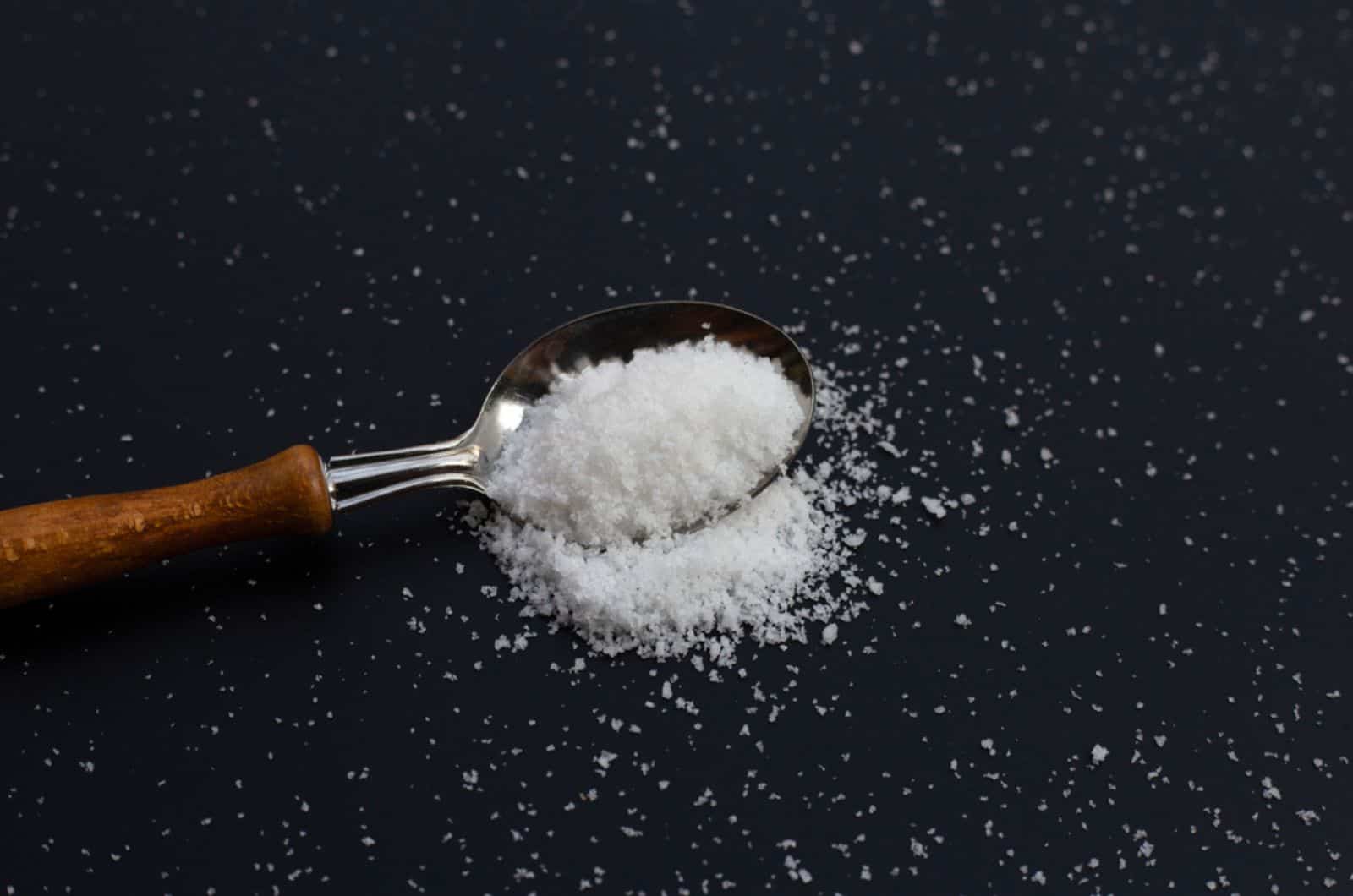 Sea salt is the most common form of salt, and it is produced by evaporating seawater. Sea salt has a distinctive taste that is different from table salt. Sea salt is used as a seasoning and preservative for food, and it also has health benefits.

Sea salts are typically unrefined, which means they have not been processed to remove all the minerals from them. It generally comes from the Celtic sea, where the salt crystals in the saltwater have a higher level of sodium.

These minerals provide sea salts with their distinct flavor, but they can also contribute to an undesired effect on blood pressure (especially hypertension) when consumed in large quantities so those who have to watch their sodium intake should only use it sparingly. 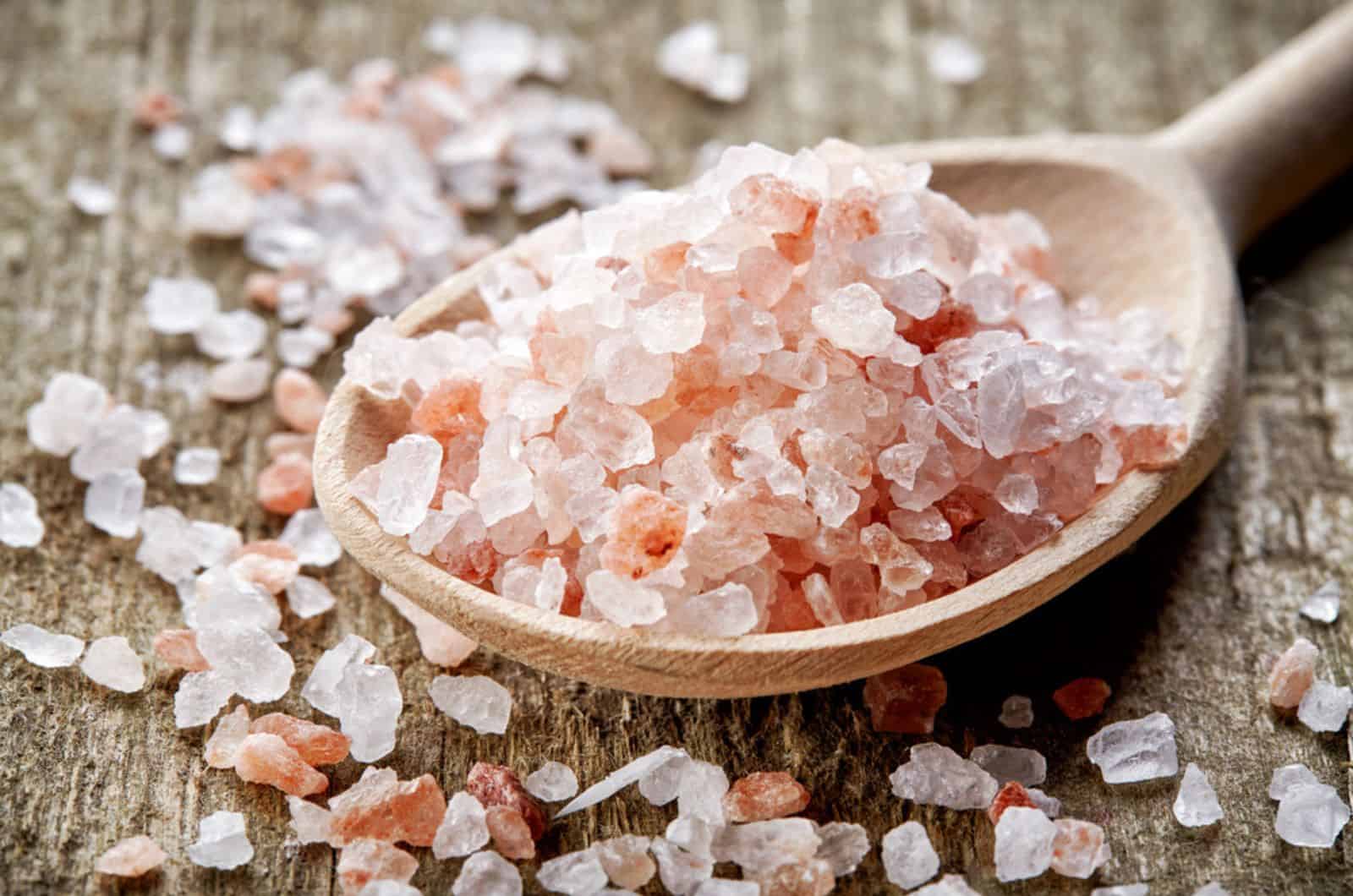 Himalayan salt is a natural, unrefined salt that has been mined in the Himalayas and Pakistan for thousands of years.

Himalayan salt can be used in cooking and as a bath product. People believe it provides relief from chronic ailments such as asthma, allergies, or arthritis. Through evaporation, it is made into salt lamps and salt deposits, extracted from salt mines, and used for seasoning or as bath salts.

The main difference between this type of salt and regular table salt is that it contains 84 minerals and elements which are essential to human health. It also contains less sodium than regular table salt, making it a healthier alternative.

This salt is generally mined from the Punjab Khewra salt mine, which is why it has a pink color. These scrubs are generally believed to be better for you due to the amount of salt in comparison to the mineral composition.

Is There A Difference Between Himalayan Salt And Sea Salt?

Yes, there is a difference between sea salt and Himalayan salt; in fact, there are a few of them. I will talk about them now.

Color is one of the ways to set apart sea and Himalayan salt. The color of Himalayan salt is a light pinkish to tan color, while sea salt can have tones that range from grayish to yellow to white. Of course, this depends on the location of their extraction.

Sea salt is obtained from evaporating seawater, while Himalayan salt comes from the Khewra Salt Mine in Pakistan.

In other words, one is mined like Kosher salt, and the other is evaporated. This means they come from two completely different extraction methods. 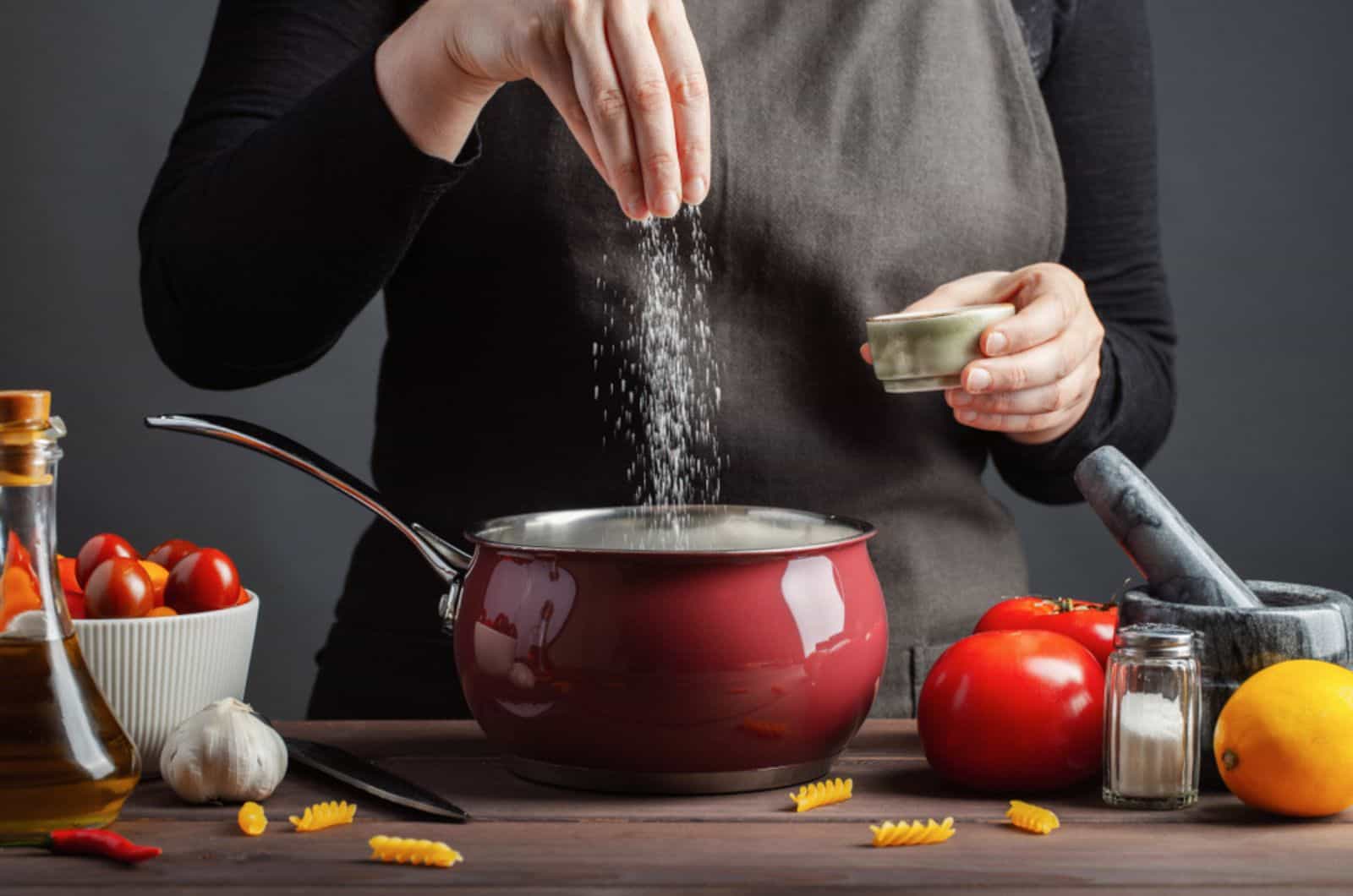 Salt has been used as a seasoning for centuries because of its unique flavor that enhances food without overpowering it. Himalayan salt can be used with both raw or cooked and processed foods and also as a finishing touch to it.

The salt taste doesn’t just exist for fun. They both have their own health benefits, but it’s important to know the difference between them so you can choose the one that will work best for you.

Sea salt is essential to human health. It helps with blood pressure and heart function, and it can also help to prevent certain kinds of cancer.

That’s why it’s important to make sure that you are getting the right kind of salt for your body.

Himalayan salt is rich in minerals like potassium, magnesium, and calcium. These minerals are necessary for maintaining a healthy immune system, as well as regulating blood pressure.

It also helps regulate the production of hormones which can be helpful for people with thyroid problems.

Sea salt contains more minerals than the Himalayan variety because it is made up of smaller grains, so you can use less to get the same flavor. It also doesn’t contain things like lead or mercury that may be found in some other salts.

On the other hand, Himalayan salt has a richer flavor and contains more trace amounts of minerals than sea salt does. It also contains sodium nitrate and enables a higher iodized salt intake, which helps with digestion and lowers blood pressure.

Is Himalayan Pink Salt The Same As Sea Salt? 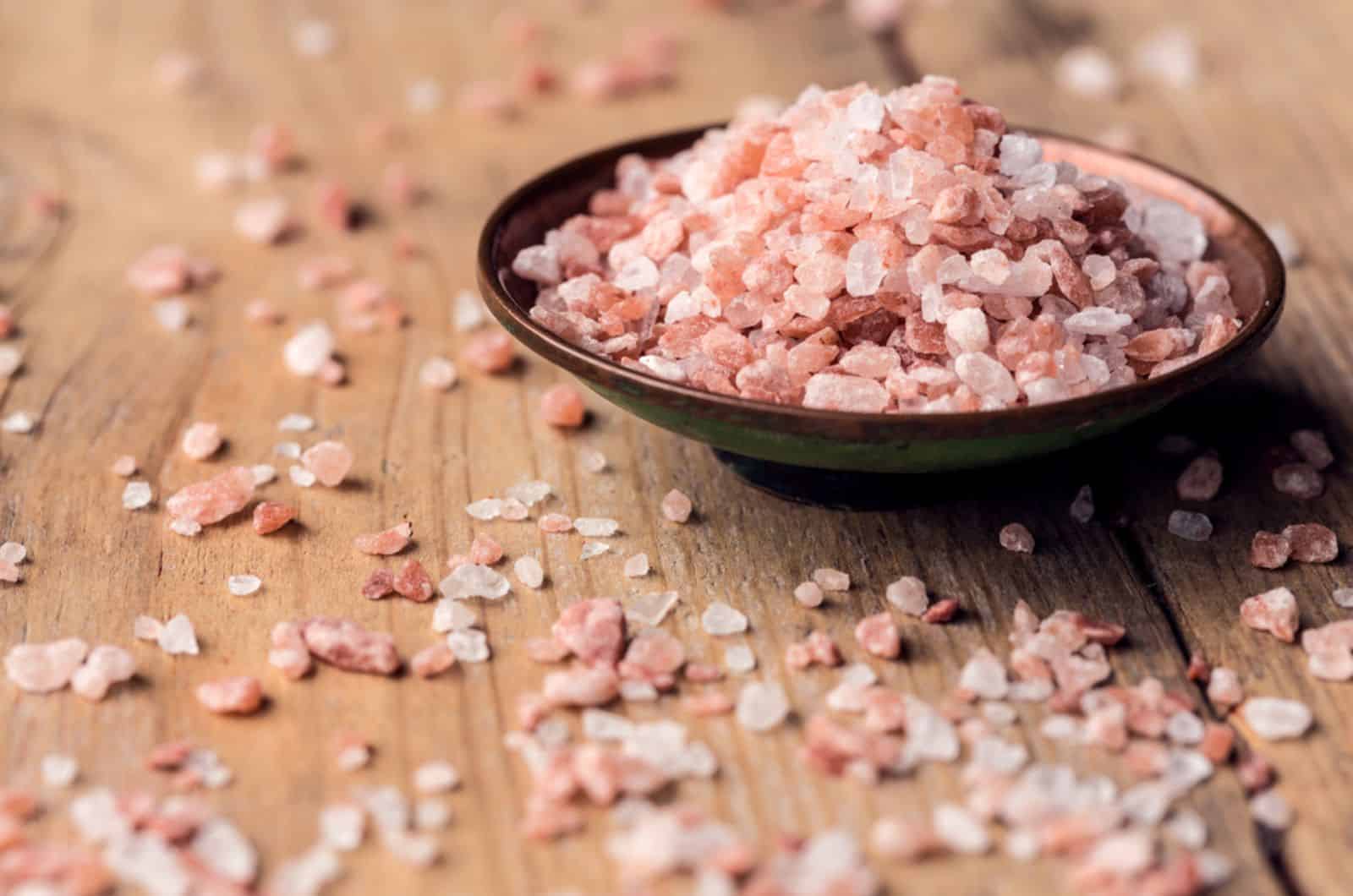 No, Himalayan salt and sea salt are not the same type of salt. While sea salt and Himalayan pink salt are both salts, they do not contain the same minerals or nutritional values.

Both salts are good for cooking, but Himalayan salt also helps people with high blood pressure and those who suffer from adrenal fatigue.

Sea salt is made by boiling seawater. It is less expensive than Himalayan salt and has a stronger flavor.

Himalayan salt is made by evaporating water from an ancient sea that dates back to the time of the dinosaurs. It has a milder flavor and is more expensive, in addition to it technically being sea salt but with different components.

Sea salt is a type of salt that comes from the sea and is harvested by evaporating seawater. It contains minerals like magnesium, potassium, and calcium.

Himalayan Pink Salt is a type of rock salt that comes from the Himalayan Mountains in Pakistan. It also contains minerals like magnesium, potassium, and calcium.

It depends on your taste, but most people think Himalayan salt is better than sea salt. Himalayan salt contains up to 84 minerals and trace elements, including magnesium, potassium, calcium, manganese, iron, zinc, copper, and selenium.

The main difference between Himalayan salt and sea salt is the high content of minerals in the former. The high mineral content makes it a healthier choice for health-conscious people as it contains less sodium than sea salt.

Sea salt has a higher sodium content than Himalayan salt, and it also contains iodine which can help prevent thyroid problems and iodine deficiency.

When it comes to salt consumption and trace elements like sodium chloride and iron oxide, there is much more in Himalayan salt. These salt clumps make salt lamps, but can also incorporate heavy metals, microplastics, and trace minerals within them.

The Basics Of Cooking

Whether you’re talking about the basics of every meal or the qualities of sodium chloride, your choices are anything but basic. Salt is the basic element for every meal.

I hope my article guided you through the battle of the rock salts, namely sea salt vs Himalayan salt, and that you now know what your number one choice is. Just make sure to buy the highest quality and watch for high blood pressure.

9 Options To Use As A Substitute For Creole Seasoning + Recipe

[…] seasoning tastes like sea salt, and it is an earthy blend. Creole seasoning is a blend of herbs and spices that are used in Cajun […]