I am sure that most of you have heard about this seafood delicacy called oysters. It is one of the most prized shellfish that you can find in the fish market.

It is also one of the more respected dishes in restaurants and, therefore, one of the most expensive, but also very healthy. You can buy it at the fish market for a slightly lower price in the winter months.

Most people actually do that but, at the same time, a lot of people do not know how to handle this delicate seafood.

A lot of you may think about freezing some other food like freezing chicken or freezing another type of seafood like clams, for example, and you can have a legitimate question “Can you freeze oysters as well?”.

And the answer is positive! But it also isn’t as simple as it sounds. There are some factors that you need to include when considering storing oysters that way, and I am here to reveal them to you and how you can actually go through the process correctly.

So, How Can You Freeze Oysters The Right Way? 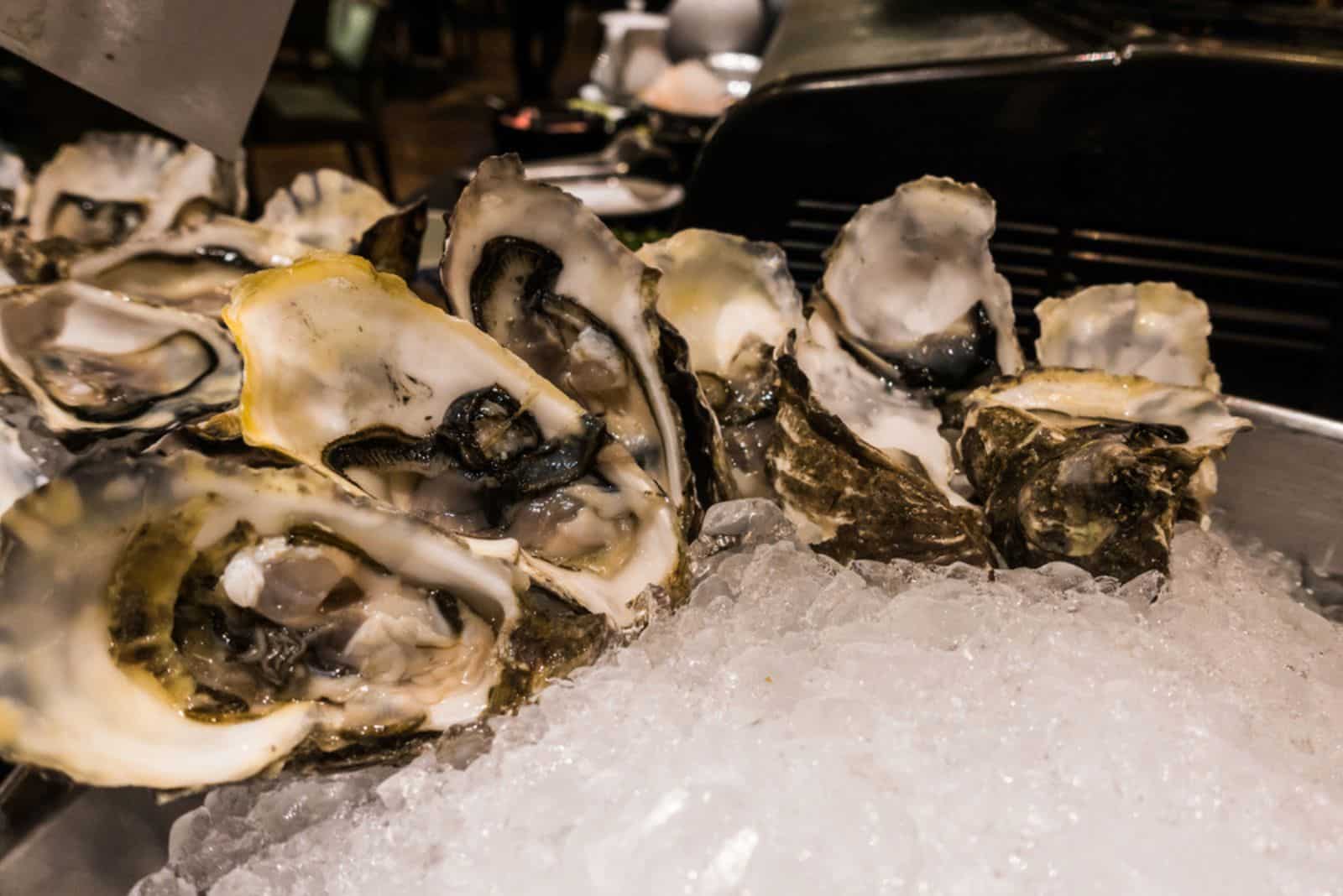 The only right way to freeze oysters is to freeze them alive and that is one very important piece of information you all have to know.

So, there is one very logical question after the discovery of this information and that is “how can you know that an oyster is alive?”. So, when you bought your fresh oysters from the fish market and brought them home, your next task is to make sure that they are alive.

You can do that by checking that every oyster is tightly closed. You can also tap each one of them and see if they react by closing. If it does close, then the oyster is alive and that live oyster can proceed to the freezing process freely.

If it doesn’t, then you should throw it in the trash can because you have a dead oyster that is not safe to consume and that can cause food poisoning.

I have to emphasize that there are two main ways in which you can properly freeze your oysters. The first way is to freeze them fresh in the oyster shell and the second way is to freeze shucked oysters.

Below, I will explain both types of freezing processes in a few simple steps, i.e. answer the question of how can you freeze oysters properly. So, stay with me.

How To Freeze Fresh Oysters In The Shell? 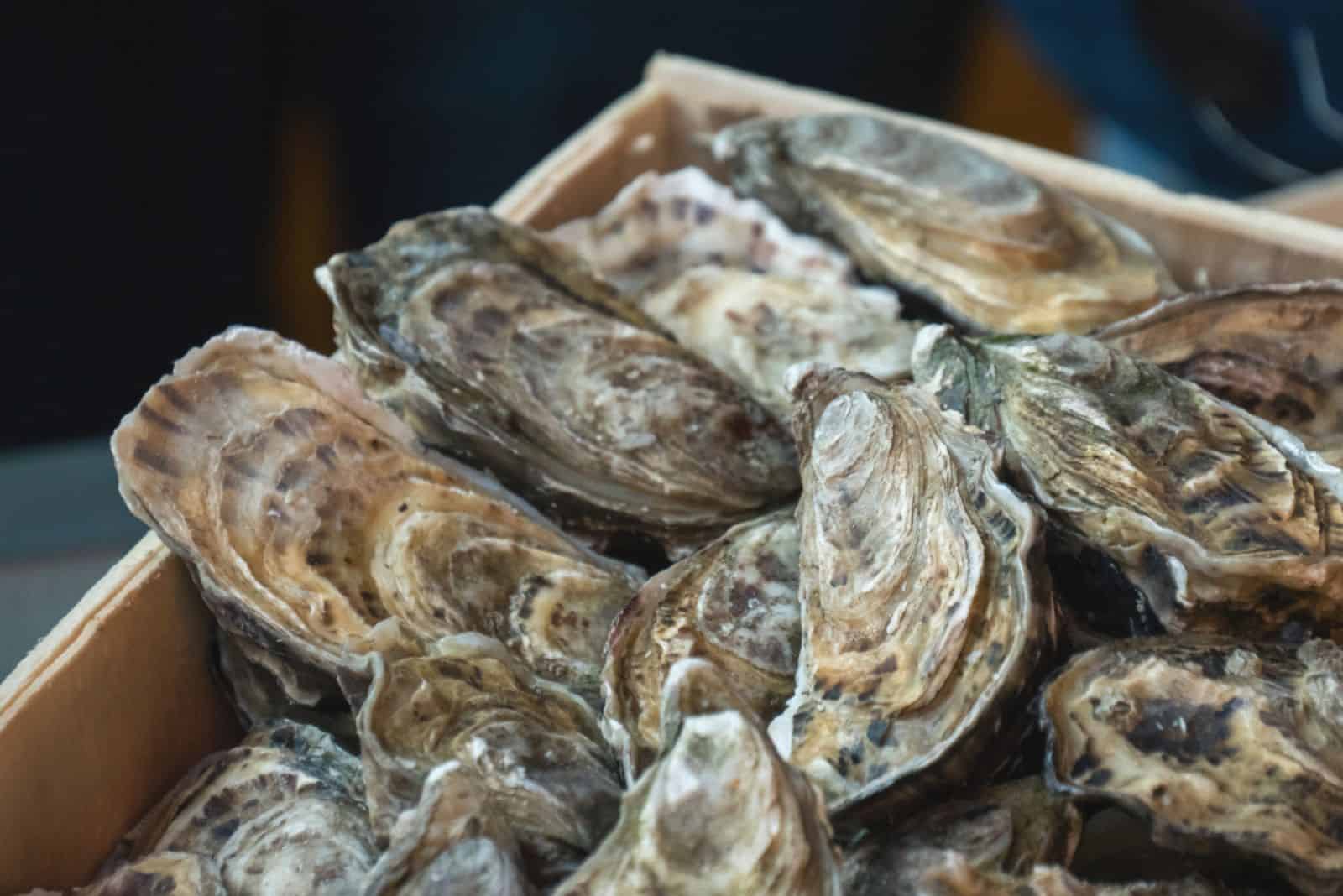 Freezing oysters in shells is one of the most common ways of storing this type of seafood. If you have some extra space in your freezer and you want a longer shelf life for your seafood, then this is the ideal method for you.

So, here are the steps of freezing shell oysters:

STEP 1: You first have to make sure that every one of your raw oysters is alive. You will do that properly by sorting through them and tapping them to see if they will close after they have been tapped. If they do, then they can continue in the freezing process.

And those that don’t will need to be thrown in the trash.

STEP 2: After you have completed, in my opinion, the most important task of sorting alive ones from the dead ones, your next task is to clean them properly. You will do that by washing and gently scrubbing the shells in cold water.

This step is important because the texture of oysters will preserve better if you clean them before freezing rather than after defrosting them.

STEP 3: The first thing to do as a part of this third step is to lightly pat the shells dry. After doing that, put those shells with oyster meat in them into a ziplock freezer bag.

You must take care that all the remaining air from the bag is pressed out. After you have done that properly, you can freely seal the bag.

STEP 4: The fourth step, the last one, is to finally freeze the oysters, i.e. the entire properly sealed ziplock freezer bag with the live oysters in it. But, before you do that, you also have to put a label on that bag, so that you know when you have put the oysters in the freezer.

Now you know how you can freeze oysters in the shell.

How To Freeze Shucked Oysters Properly? 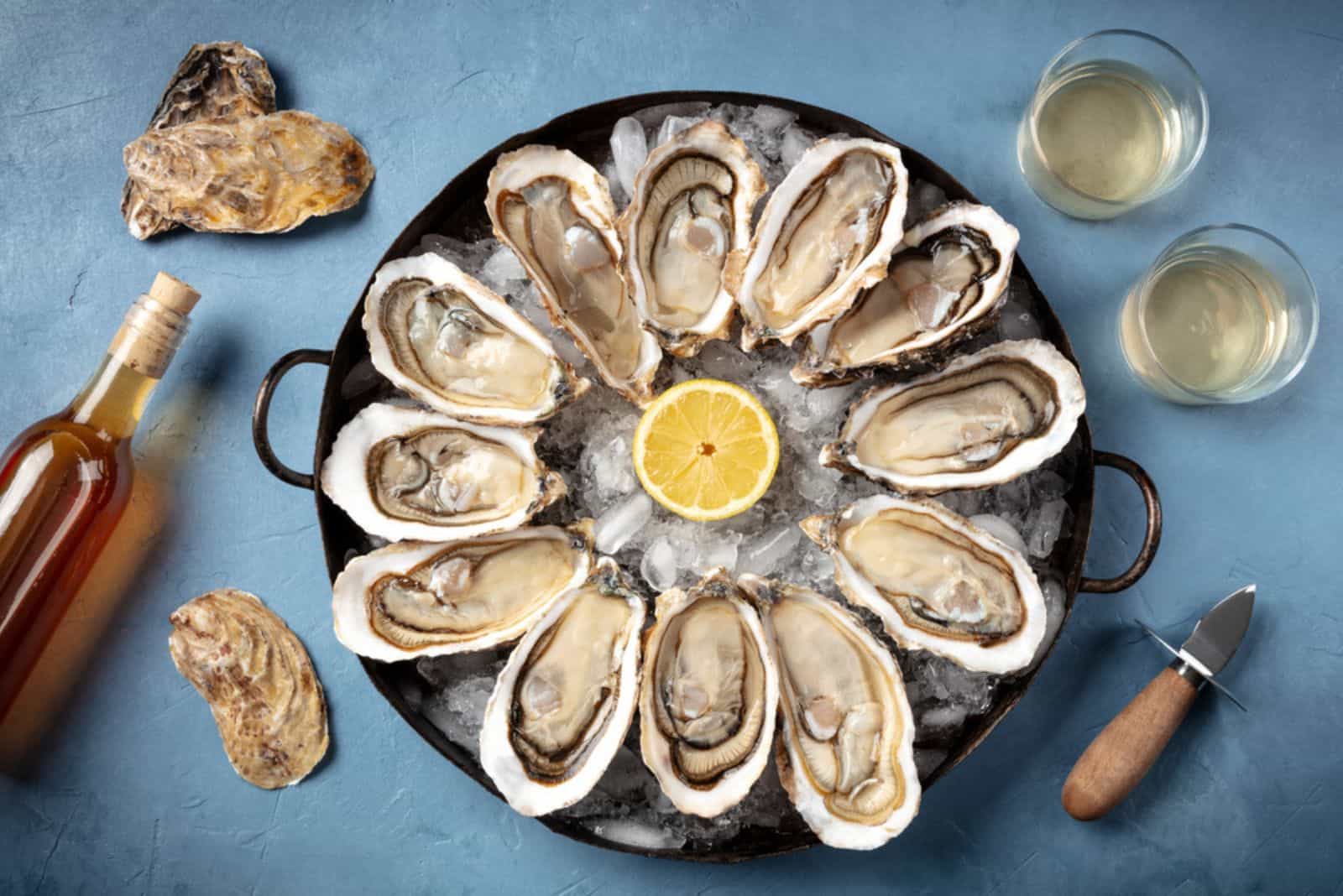 There is also the question of how you can freeze oysters after you have shucked them with your oyster knife. So, freezing the shucked oysters is a similar process to the previous one, but there are some differences that you will easily recognize in the steps below.

So, here are the 4 steps for the freezing process of shucked oysters:

STEP 1: The first step of this freezing process is practically the same as the process for freezing fresh oysters in the shell. You have to sort through the oysters in order to make sure that there aren’t any dead oysters.

The method of checking this is also the same as the previous one. You have to tap every shell and make sure that every oyster is closed. Those that are not must be taken to the trash.

STEP 2: This step is a little bit different from the second step in the freezing process of fresh oysters in the shell. Here, you have to shuck the oysters into a strainer (and save the liquor) and remove all pieces of shell or sand.

STEP 3: After you have finished with the cleaning process and have saved that liquor from the oysters, you’ll have to properly pack them in order to freeze them.

You will do that by putting them into resealable airtight moisture-resistant freezer bags (because of freezer burn) or freezer-safe containers.

After that, you will cover those oysters with the saved oyster liquor.

The essential thing to do is to leave some headspace in the container of the freezer bag for the oyster liquor to expand during the freezing time. After that, you will suck out the remaining air from the freezer bag, if you are using one, and seal it properly.

STEP 4: Your last task is to label your bag or container and finally store it in the freezer.

How To Thaw Frozen Oysters?

Unlike defrosting some other types of foods, like perhaps defrosting chicken, you do not have many thawing options when it comes to frozen oysters.

Thawing oysters at room temperature, for example, would be a disaster because that would cause the rapid growth of harmful bacteria.

And that would, of course, bring you some food poisoning and some nasty disease. And that is definitely something you want to avoid. So, what do you have to do? Well, the answer lies in one little less cold kitchen appliance. And you probably know that I am talking about the refrigerator.

So, after you take your oysters from the freezer, you must put them into the fridge and it is best for them to stay there for about 24 hours.

When that 24-hour period expires, it is essential to cook them immediately to avoid any risks in terms of food safety.

How To Consume Oysters?

There are many ways to consume oysters and there are many oyster recipes. You can eat oysters raw or cooked. They can be consumed on the half shell, smoked, baked, fried, stewed, steamed, pickled, or canned. You can also pair them with many alcoholic beverages.

The reason for this is that oysters, in the freezing process, lose some of their plumpness and that results in a changed texture that becomes softer. And that can also result in a strong fishy smell.

But, they do not lose their flavor, and due to the softer texture, frozen, thawed, and then cooked oysters become ideal for some dishes like chowder, soups, casseroles, and stews.

So, considering this, it is not a bad idea to freeze your oysters if you want to make some of the mentioned dishes.

But, if you want to eat them raw, it is not a good idea to freeze them because they lose their texture and they can have a strong fishy aroma as well.

How Long Can You Freeze Fresh Oysters?

You can freeze fresh oysters for up to 12 months. This upper limit of 12 months doesn’t exactly mean that after that time, oysters will go bad, i.e. they will spoil.

Rather than that, you can consider 12 months to be the best time in which you can use your frozen oysters because, after those 12 months, their quality is going to deteriorate.

So, this means that your oysters can’t spoil in the freezer at any time, but the longer you keep them in the freezer, the lower quality they will have, i.e. their texture will be worse.

Do You Freeze Oysters To Eat Them Later?

Yes, of course, you freeze your oysters in order to consume them later. The thing is that, after you thaw them in the fridge, it is not recommendable to eat them raw because their texture is much softer and because they get that fishy aroma.

But, you definitely can use them to make some popular types of dishes that include chowders, soups, stews, and casseroles. When you thaw them, you must immediately cook them because of the potential for harmful bacteria growth. And, after that, you can freely make your favorite seafood dish.

There is not much to add. Everything has been said in this article about the question of how you can freeze oysters properly. I included four simple steps that all of you can understand to properly freeze your oysters, whether the ones in the shell or shucked ones.

And, I am sure that, after reading this article, you won’t have any problems completing your own successful freezing and defrosting process and enjoying your delicious oyster dish.