You surely know what vinegar is since it is one of the most common ingredients in many kitchens around the world. There are different types of vinegar, including white vinegar, white wine vinegar, apple cider vinegar, balsamic vinegar, red wine vinegar, rice vinegar, and malt vinegar.

The referent type of vinegar that I will talk about in this article is regular white vinegar. This regular type of vinegar can be used in various ways in cooking, as well as a cleaning agent. It can sometimes be more efficient when you clean surfaces than some store-bought cleaning products.

It is also great for some cooking processes, like adding tartness to dishes and enhancing the flavor of other ingredients. It is a very acidic ingredient, so the questions arise, “Can vinegar be dangerous?” and “Can you boil vinegar?”.

And the answers are “Yes, vinegar can be dangerous if you do not know how to handle it properly?” and “Generally speaking, yes, you can boil vinegar, but you must take certain precautions!”.

Can You Boil Vinegar? 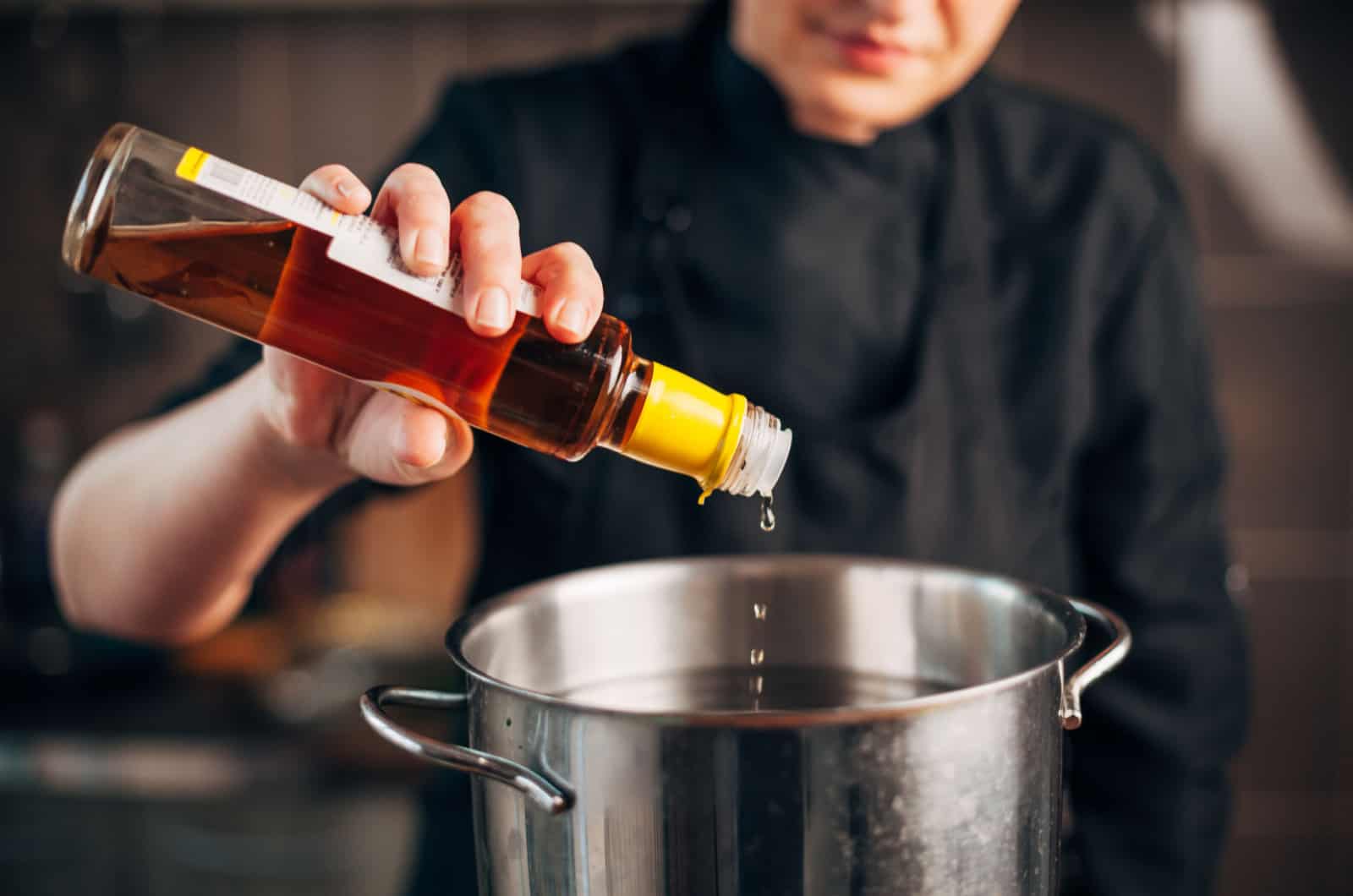 Can you boil vinegar? Yes, you can boil vinegar, but you must know that the process can become dangerous if you do not know some important facts related to this topic.

First, you all know that when boiling any kind of liquid, the evaporation process begins. If you are near evaporating liquids, you will, of course, inhale those vapors. If it is boiling water, then you won’t have any problems.

If you find yourself in that situation when vinegar releases those fumes, you will most probably feel a burning sensation in the nose, eyes, etc. So, be aware of that.

One interesting fact is that vinegar is mainly boiled in some Asian countries when someone is sick because, according to Chinese folklore, vinegar fumes can purify the air.

But I wouldn’t recommend you do that, especially if you do not know how to handle it properly.

When Is It Not A Good Idea To Boil Vinegar? 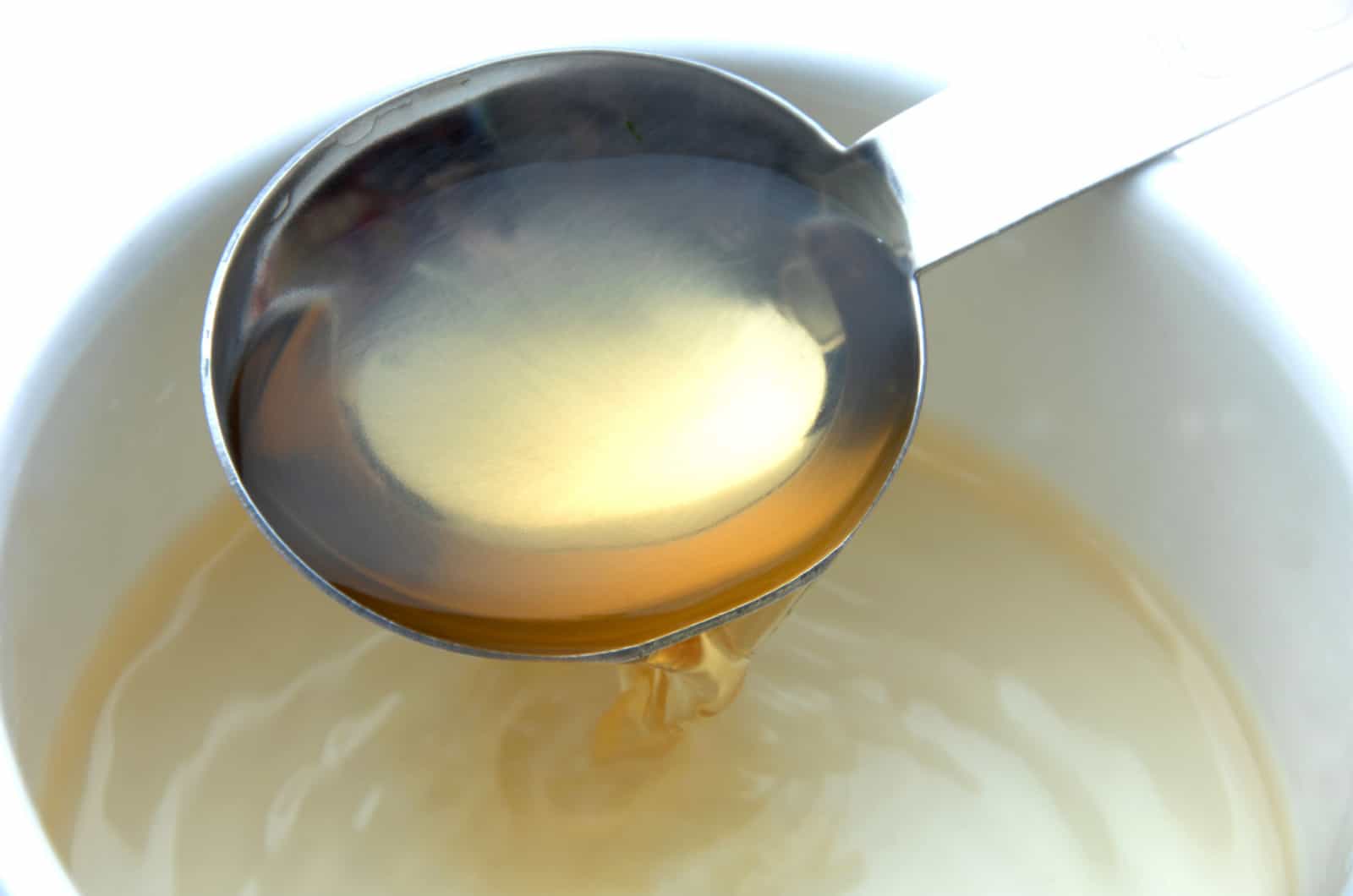 The first and most important situation in which boiling vinegar is not such a good idea is directly related to your health. Although small amounts of vinegar, if taken orally, can have certain health benefits, inhaling those vinegar fumes can be extremely dangerous for your health.

In some cases, if you find yourself near boiling pickling liquid, you must immediately move from there because, by inhaling that steam, you can put your health at risk. Most probably, the first sign is that it will take your breath away.

Then your eyes can start burning, as well as some other parts of your body. And some people can even pass out. This is especially dangerous if you find yourself in an area that is not well-ventilated.

Another reason why you should not boil vinegar is that the boiling process will take away its flavor. You will still have a strong acid level, but the flavor won’t be the same anymore.

Also, some people tend to think that by boiling it, vinegar will become a better cleaning agent because hot water cleans better than cold water. But that is just not true, and you shouldn’t pursue the boiling process because of this.

Other Specific Conditions Where You Shouldn’t Use Vinegar

There are also some other more specific situations in which you shouldn’t use vinegar. You shouldn’t mix vinegar with alkali cleaning products like bleach, lye, or soap because that will cause the neutralization of both alkali and vinegar.

This neutralization can only be helpful when the vinegar is mixed with baking soda because of the formation of water, sodium acetate, and carbon dioxide that helps to unblock drains.

Also, it is not a good idea to mix vinegar with alcohol because the combination of ethanol and strong acid can alter the composition of alcohol and vinegar.

If you intend to boil the vinegar, do not boil it to very high temperatures because the vapors can be corrosive and injurious to your health.

What Is Boiling Vinegar Good For? 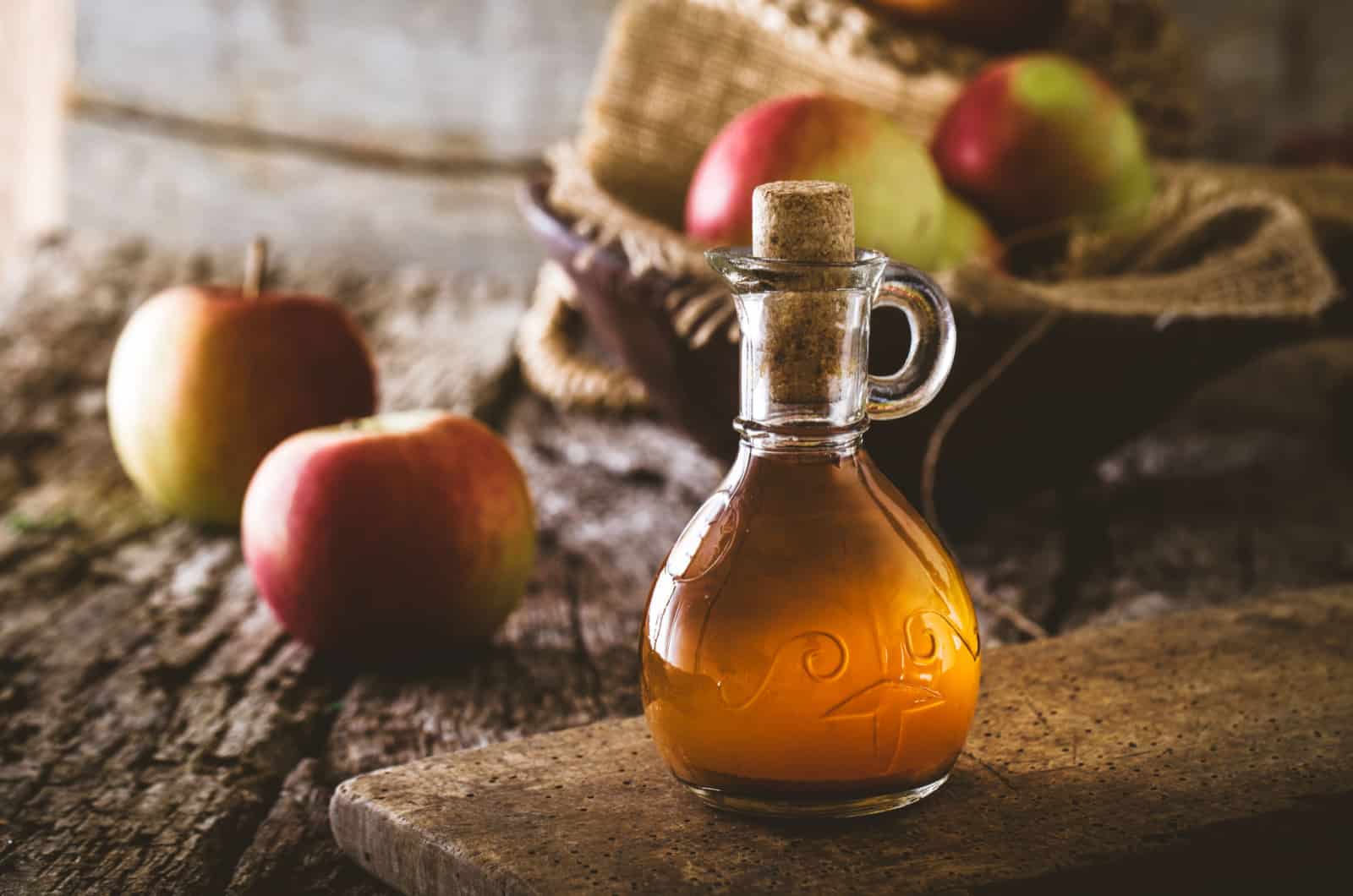 By doing this, you will make the flavor profile of the dish more unique, and you will ensure that the impurities are eliminated. Also, the great thing is that the vinegar will make your dish inhospitable to any potential bacterial growth.

That is especially the case when making preserving liquids.

Also, if you are using vinegar in some dish where it is not the main ingredient, you can freely bring that liquid to a boil. That is very logical because the amount of acetic acid will be negligible, and it won’t cause any problems when it evaporates.

But, when you go through all these processes, make sure that the area in which you are located is well-ventilated. Wearing a mask and goggles is also not a bad idea.

What Are The Functions Of Vinegar? 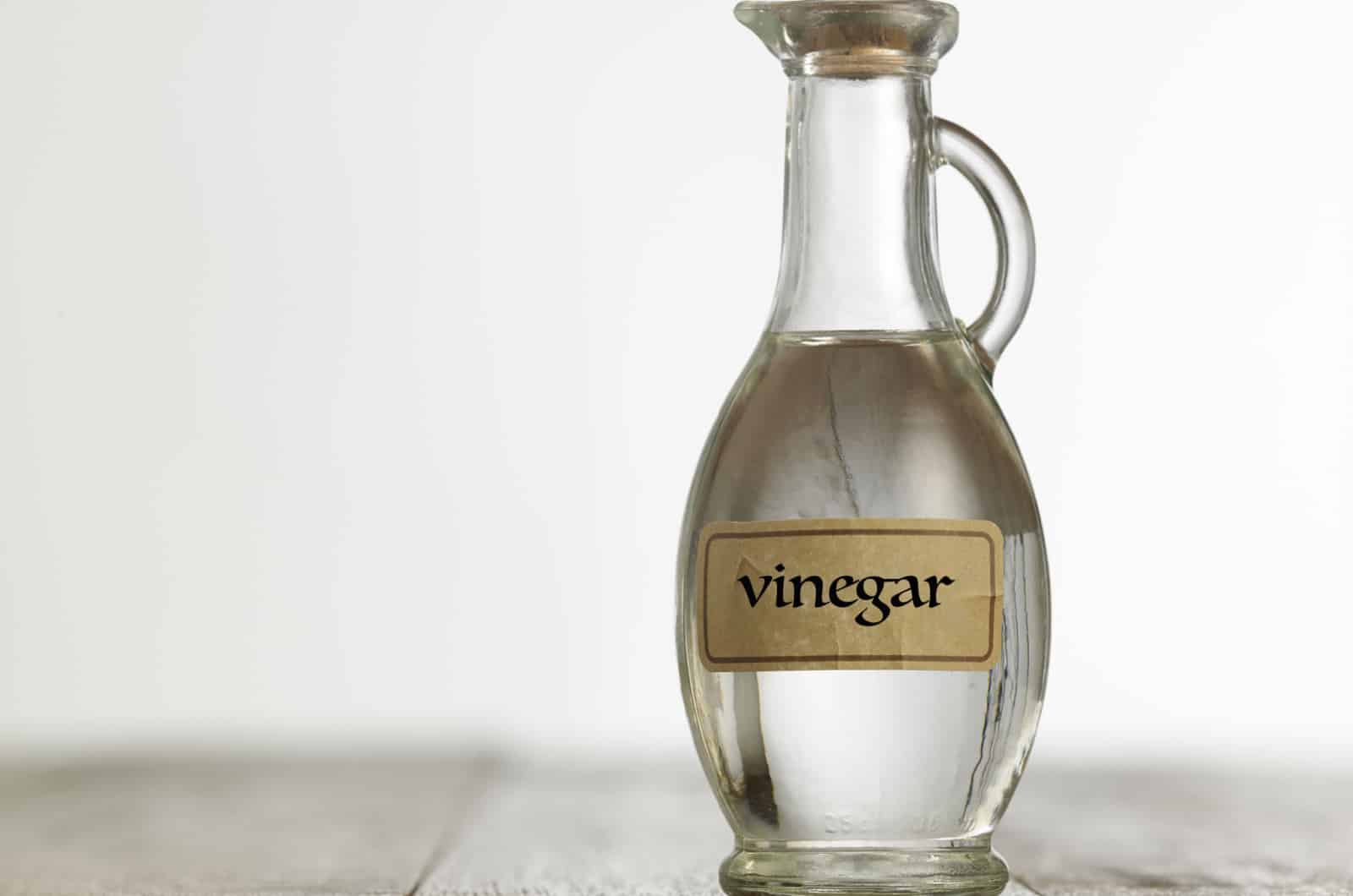 Vinegar can be successfully used both in cooking and cleaning various surfaces. Here, you will find out what are the main functions of vinegar and some cooking tips.

• It acts as a preserving agent, i.e. acidity helps to preserve vegetables, fruits, and meats

Using Vinegar As A Cleaning Agent

Vinegar is made from water and acid. It is soluble in gasoline, alcohol, and oil. Acetic acid has two main components, and those are acetate ions and hydrogen.

Since hydrogen is very reactive and tends to bind to other molecules, it is a very important factor when cleaning alkaline stains, including limestone, soap, urine, or some other secretions.

Vinegar cleans, but it also disinfects since it has antimicrobial properties. The main reason for this is acetic acid which destroys the cell structure of the microbes and prevents their growth.

Vinegar can also act as a deodorant. So, if you sense a bad smell somewhere, just put a bowl of vinegar close, and that way, you will solve the problem.

But, there are some situations in which it is not recommended to use vinegar as a cleaning agent. It is not suitable for cleaning upholstery, stone countertops, serious drain clogs, or perhaps, ovens.

Some metals like stainless steel, copper, and bronze are not very happy to come into contact with vinegar. 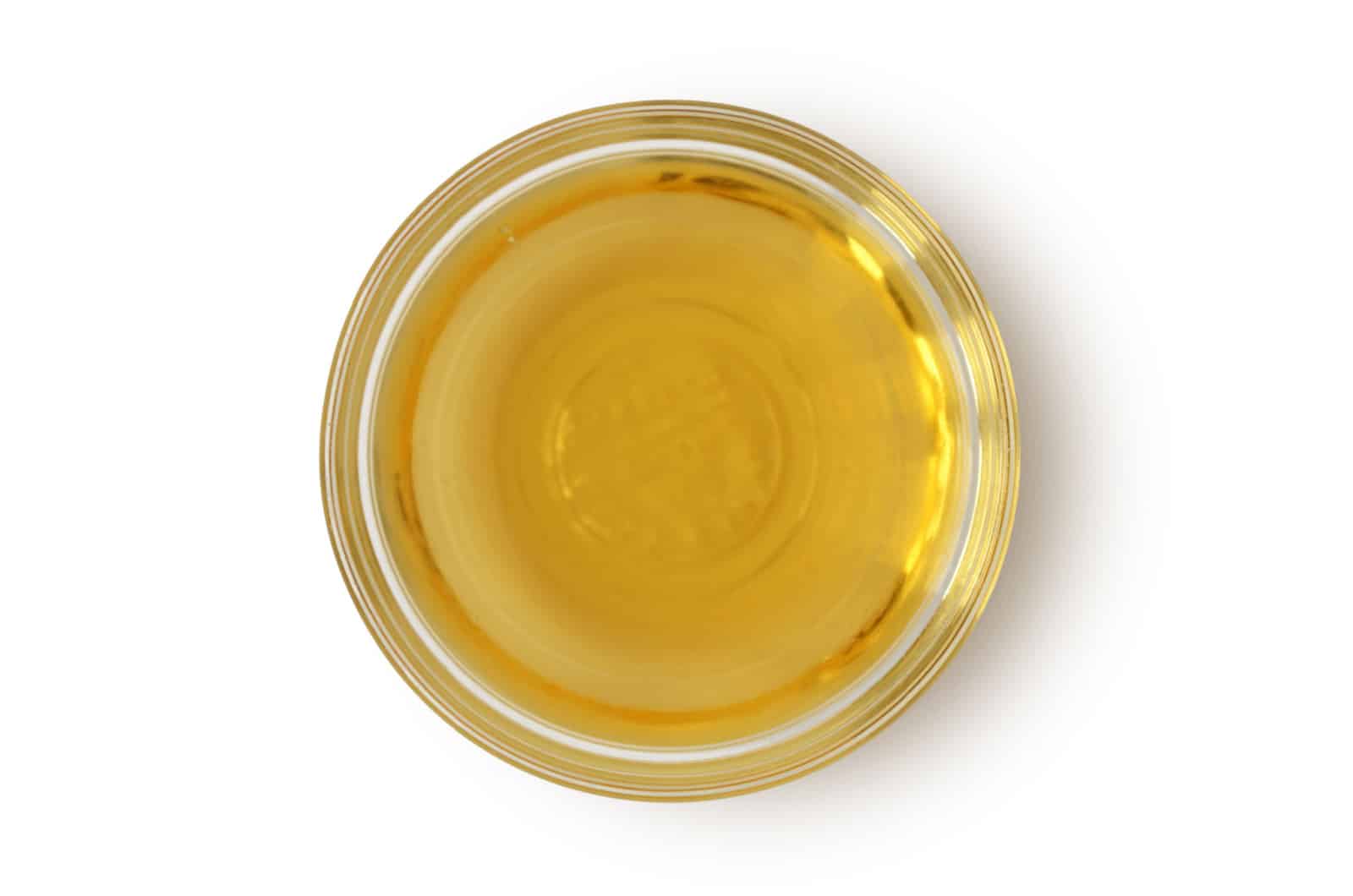 Can You Boil Apple Cider Vinegar?

The flavor profile will remain tangy and sour with the sweet undertone of apple.

What Is The Boiling Point Of Vinegar?

Can You Boil Vinegar In A Kettle?

Yes, you can boil vinegar in a kettle. You just need to add equal parts water and vinegar so that the kettle is halfway full. Then you can boil it, and after that, it is good for the mixture to sit for about 20 minutes in order for the kettle to be clean.

Then you can pour out the mixture and rinse the kettle.

As you can see, the answer to the question of whether you can boil vinegar is not that simple. Generally speaking, you can always boil vinegar, but you must be aware of the consequences if the process is not done properly.

All in all, boiling vinegar is not a good idea if the area in which you are boiling it is not ventilated and if the concentration of acetic acid in the vinegar is too high.

So, if you find yourself making pickling liquid or boiling vinegar for some other reason, do so in a well-ventilated area and consider protecting your face with a mask and goggles.